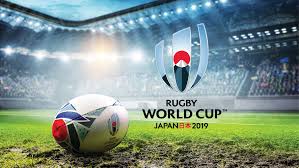 World Rugby boss Brett Gosper says “geographic and gender growth” will drive the future of the sport, as rugby union seeks to reach new markets and expand the women’s game according to Chris Jones BBC 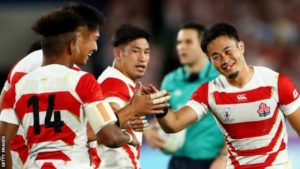 Twenty-five years on from the start of the professional era, Gosper believes a “simpler and safer” sport will emerge over the next quarter of a century. The World Rugby chief executive also adds he is comfortable with the increasing influence of private equity, which can help take rugby union into a “new era”.

In an interview for a special BBC Radio 5 Live programme marking the first 25 years of rugby union turning professional, Gosper says the coronavirus pandemic is a “massive challenge to put it mildly” which will lead to some “leaner times” for the next year or two. But he believes the game will emerge intact, and says he can only be optimistic about the future.

“In 1995 it was stuttered and disorganised, like many things when freed up from regulation,” Gosper said. “There is now a lot more coherence and understanding of the sport and its fan base than there was in those days. There is a collective will to do great things for the sport in terms of growing it.

“Coming from where we have come from – seeing the interest it engenders whether in the World Cup arena or the Olympics arena – this sport only has one direction to go, so you can only be optimistic.

“Yes, we would probably like to have moved a bit faster and brought on some new markets faster, which we are working on now.

“Geographic and gender growth is hugely important for the future, and we are trying to get that right.”

Former England and Northampton scrum-half Matt Dawson, from the early days of professionalism, has spoken about his experiences after suffering a number of concussions in his career. Keeping players safe in a game which has become increasingly physical is a conundrum that continues to blight the sport, but Gosper insists there is more understanding of injury than ever before, especially with players more involved in the decision-making process.

“It is a physical game, but we believe it is safer now than it has ever been, despite the number of collisions which have increased dramatically,” he added.

“It is a safer game because we understand the dangers better than we did in recent years. The head injury protocols have protected so many players that we didn’t know were perhaps being harmed in the past.

“There is much more protection off the ball as well as on the ball, and I think there is a lot more of an evidence-based approach, and testing of laws, to ensure the players are as protected as they possibly can be.

“We have now had two symposiums, where the overall objective is to create law to drive down injury rates.

“I think the game will be simpler and safer [in the future]. I think that will be the evolution. A safer, simpler sport as we go forward is the direction of travel.

“Our job is to make it a spectacle, but in the best possible way, as safe as possible for the players, at the elite level and the community level.”