Quinlan Signs On For More at Hull KR

Hull KR full-back Adam Quinlan has signed a two-year contract extension, taking him to the end of 2020, with an option for 2021.

The 25-year-old former St Helens and St George Illawarra player, who has scored 16 tries in 32 appearances since joining Rovers in 2017, is the third overseas player to extend his stay with the club after Mose Masoe and Junior Vaivai agreed new deals. 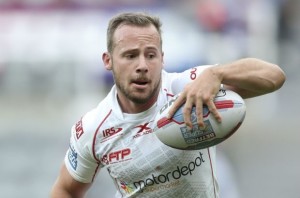 Quinlan said: “I’m happy to have signed on for a few more years. It’s a great club with great people on and off the field and that makes it an enjoyable place to be around.
“We haven’t had as much success as we’d like so far this season but there’s enough quality here for us to build on and I know we can finish off the year really well.
“I’m confident in doing that with the group we’ve got and I think the other lads who have signed new contracts feel the same.”