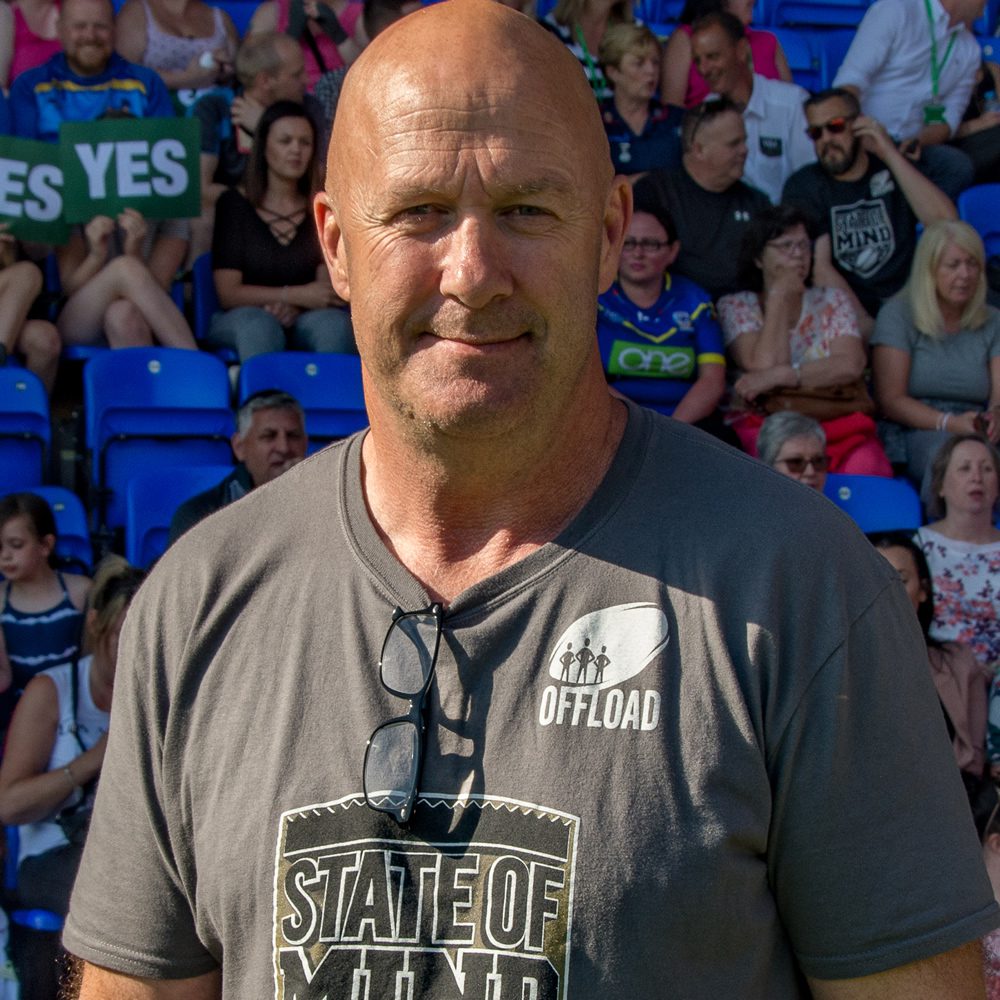 Phil is originally from Australia and played in over 500 games at the top level of English and Australian rugby league. Teams include St. Helens, Huddersfield and Swinton in the United Kingdom and also Souths in Australia. He represented Scotland and moved into management when his career finished. He managed in over 300 games as a coach and has won the grand final with Bradford Bulls on two occasions. Phil also won the challenge cup and was a world champion on two occasions with the Bulls. He also coached at Wigan warriors and Salford where he ended up suffering from depression from losing his job on two occasions.

Phil has gladly come through the other side and is now a presenter with State of Mind Sport where he delivers presentations around the country to loads of different organisations. Phil has now qualified as a mental health first aid trainer for SOM.

“My reason for doing this is to try and stop anybody else going through what I went through and also to try to help stop male suicide as I lost a nephew to this.”