Toronto Wolfpack Denied Re Entry to Super League in 2021 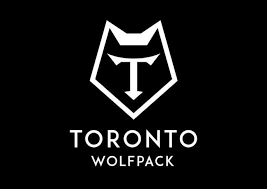 Toronto Wolfpack coach Brian McDermott has lashed the Super League in an impassioned interview with Sky Sports, branding the decision to refuse his club re-admission “the biggest mistake the game has made”.

The Canadian club withdrew from their inaugural season in the top flight in July after financial issues caused by COVID-19 left them unable to compete. However, they were hopeful of returning the following year and a meeting of the Super League board would end up determining their future.

Their submission to re-enter the league was rejected by eight votes to four and led to widespread condemnation.

Wolfpack players Darcy Lussick and Ricky Leutele led the charge with the former tweeting: “No wonder the game here is 25 years behind the one on the other side of the world.”

State of Mind Dr. Phil Cooper Co-founder on a trip to Toronto.

McDermott refuses to accept this is it but with any hopes of continuing on seemingly dashed, he delivered a scathing assessment of the decision in an interview with Sky Sports. In it he accused the Super League of failing to call any of his players despite the fact they were all have been unemployed for the past six months. “Our players and myself have been unemployed for six months and I haven’t had one phone call from the Super League,” he said. “None of my players have had a call from the Super League. Do you know in six months the players have had payments of £1,000 each.”

McDermott had to lead a Zoom call with the rest of the organisation to inform players and staff of the gutting news.

“Not good. Not good at all,” he said of being the bearer of bad news.

“Making a Zoom call on Monday evening to all players and staff saying ‘that’s it, we’re done, we’re all unemployed’ wasn’t the easiest thing I’ve ever done.”

He said he could not see any logical reasoning behind the decision to bring an end to Canada’s first professional rugby league club.

“There has been some turbulence with how he would fund the club. That’s what happens when you don’t get TV distribution you have to pay for everyone else’s travel and accommodation.

“With that said, they were the rules he took the club on and he wasn’t great. But when he stepped down solely because of COVID, I was shocked and still shocked because of people’s treatment and attitude towards the club.”

While the Wolfpack may have been convincingly voted against 8-4 in their submission to re-enter the competition, McDermott maintains that this was a case of the minority winning out.

“I don’t think the majority of rugby league wants this,” he said.

“The minority of rugby league could be justified in their opposition because of the way the club has conducted itself.

“But have we conducted ourselves to such a poor degree where you would eject us out of it.”

The Catalan Dragons are one example of an expansion success story in the Super League but they were guaranteed a place in the competition for three years, barred from relegation.

The Wolfpack were offered no such deal though.

“This has been the most successful expansion club the game has ever seen,” McDermott declared.

“Any club has been set up outside of the M62 this is the most successful expansion club and it’s working.

State of Mind wish all the club staff, players and fans all the very best when trying to deal with a really difficult situation