The study published in the International Journal of Prisoner Health in July 2020 found that the implications of this study, the first to evaluate a sport-based mental health intervention in prison, are that a short intervention with low costs can increase prisoner knowledge of mental health, intentions to engage in available well-being opportunities and increase a sense of hope, at least in the short term 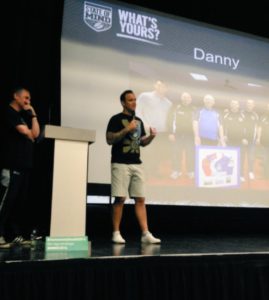 A significant Group and Time interaction effect was shown for mental health knowledge, F(1, 72) = 4.92, p = 0.03, p2 = 0.06, showing a greater post-programme improvement in mental health knowledge score for the intervention group. Focus group analysis revealed an increase in hope, coping efficacy and intentions to engage more openly with other prisoners regarding personal well-being as a result of the SOMS programme. However, fear of stigmatisation by other inmates and a general lack of trust in others remained as barriers to help-seeking.