Walmsley on comeback trail from broken neck
England prop Alex Walmsley is back in training after recovering from a broken neck and has set himself the target of helping St Helens win the Grand Final.
The 28-year-old would have been in Denver this week preparing to continue the England career he began so impressively in the World Cup, but he fractured his neck in March. 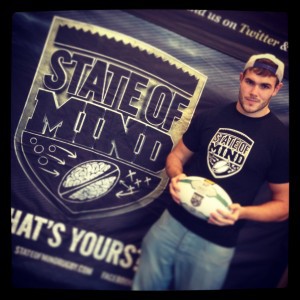 Walmsley says the surgeon initially ruled him out for the rest of the season but he is now back up and running and plans to return in time to help Saints continue their push for Old Trafford in October.
“Before the operation, the surgeon wrote off my year,” Walmsley told the club’s website. “That was tough to hear but I tried to look on the bright side; at least he wasn’t writing off my career.
“My rehab has gone well and the surgeon is happy with how well I have responded. I think I have surprised him.
“Now we have set a target of being back this year. A lot will depend on a scan I have at the end of July, but hopefully I will get a green light.
“I believe this team has the chance of winning more than one piece of silverware this season, and hopefully I will be able to help them at the back end of the year.”
Walmsley sustained the injury while attempting a tackle in the round five Betfred Super League match at Warrington Wolves, but did not realise the extent of it until several days later.
“I had shooting pains down my arm and my instincts told me I’d done something bad, but I wasn’t aware how bad,” he recalled.
“Over the weekend I stiffened up, had pain down my arm and couldn’t move my neck from side to side.
“I didn’t know how bad it was until after my scan and Nathan Mill, our physio, called me to say I’d broken my neck. He told me not to panic but it was a shock.
“The stigma of an injury like that sends your mind into overdrive. You think about whether you will ever be able to play again…will you be able to pick up your son…will you be able to walk if the operation goes wrong…all sorts of things.
“It was pretty scary at the time but I began to feel better mentally when the operation was booked in and done.
“After the initial scan they said I would make a full recovery – but until you have the operation there is an uncertainty at what the prognosis would be.”