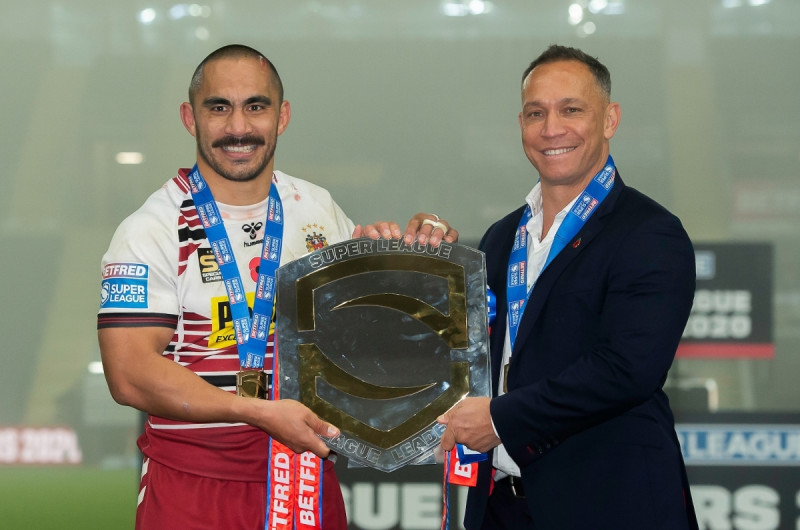 Wigan Warriors overcame stern resistance from Huddersfield Giants to secure a 19-6 victory in the last match of the regular Betfred Super League season at Headingley and claim the League Leaders’ Shield for the first time since 2012. 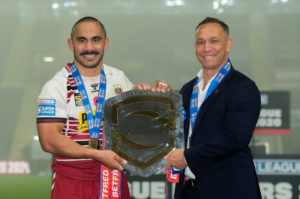 It was a first trophy for coach Adrian Lam as the Warriors denied arch rivals St Helens to earn a week off and a home tie in the play-off semi-finals in a fortnight’s time.

It was a fitting way for long-serving scrum-half Thomas Leuluai to mark his 300th game for the club as Wigan stepped up their bid for the big prize.

But they were forced to do it the hard way after Huddersfield, who handed a debut to Ireland international forward Ronan Michael, went toe to toe with them for an hour and kept a tight rein on dangerous full-back Bevan French.

The Giants’ gallant effort was ultimately in vain as they ended the season with five straight defeats under caretaker coach Luke Robinson.

Despite being down to his last 18 fit players, however, Robinson will keep his team on stand-by for the play-offs in the event that any of the six teams to finish above them are struck down by Covid.

After falling 6-0 behind, Huddersfield initially pulled level through Sam Wood’s try, converted by Aidan Sezer, before Wigan pulled away in the second half.