State of Mind Sport sends its deepest condolences to the family, friends, colleagues and teammates of Senior Aircraftman (Technician) Scott Stevenson, who has died after being injured in last Friday night’s Inter-Services 1st XIII match against the Army in Aldershot. 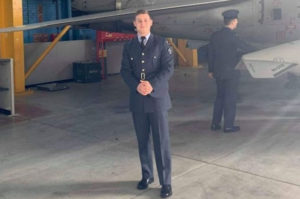 Scott was 25, and based at RAF Marham in Norfolk, and also played for the Boston Buccaneers community club in Lincolnshire.

Ralph Rimmer, the Chief Executive of the RFL, said: “This is tragic and heartbreaking news, and I know everyone involved in the game will join me in sending deepest condolences to Scott’s family and friends, and to all involved in Rugby League in the RAF and the other services.”

Scott’s family announced the news of his death on Facebook alongside a tribute from RAF Marham, who described him as a very popular member of their community adding he will be sorely missed by all who knew him.