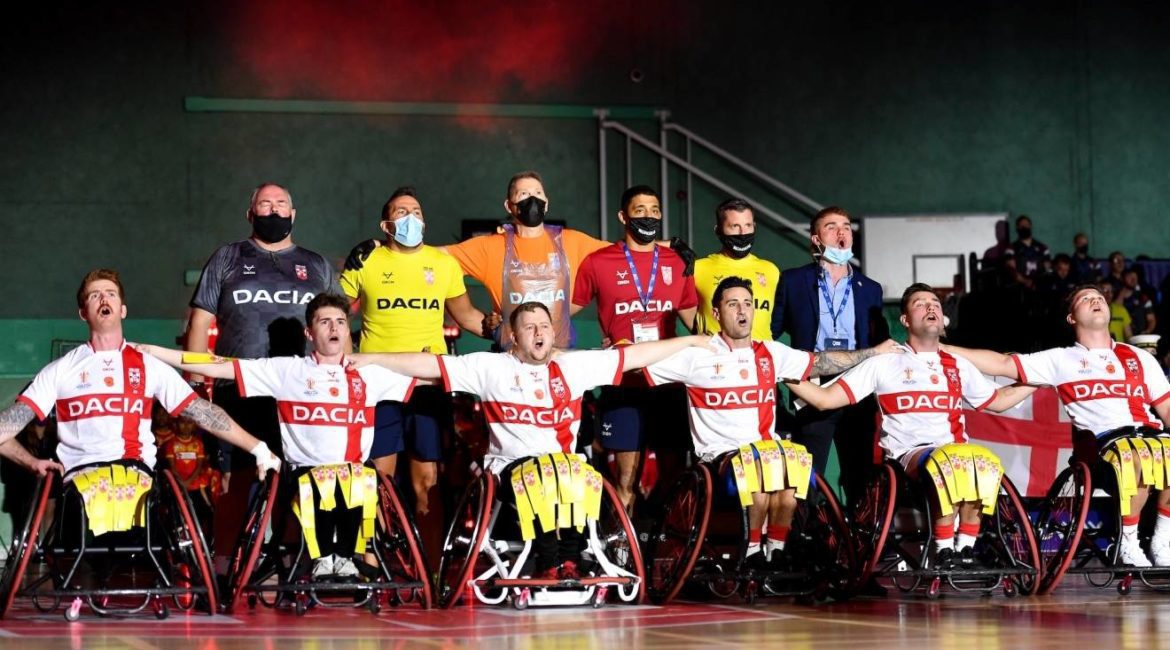 England Wheelchair will face the acid test against France, the reigning world champions, in their Mid-Season International in Manchester this summer.

The Test Match, on Sunday June 19 (KO 3.45pm) at the Manchester Basketball Centre, will follow the double header for England Men and Women at the Halliwell Jones Stadium the previous day – with all three games shown live on Sky Sports.

For all three England teams, it will be a crucial part of their preparations for the Men’s, Women’s and Wheelchair Rugby League World Cups on home soil this autumn – with all three Finals in Manchester on the weekend of November 18-19, kicking off with the Wheelchair Final at Manchester Central on Friday November 18.

England and France are the oldest rivals in Wheelchair Rugby League, having competed for the Fassolette-Kielty Trophy since 2012 to pay tribute to pioneers of the Wheelchair game from either side of the Channel.

Fortunes have fluctuated since France’s thrilling 38-34 victory over England in the 2017 World Cup Final in Perpignan, with England claiming an historic first win in France in 2019, but the world champions hitting back to square that series and then to reassert their superiority with a 2-0 series win in Kent last autumn.

“It’s the toughest test we could have, but that’s exactly what we wanted ahead of the World Cup,”said the England head coach Tom Coyd.

“The two matches against France at Medway last autumn made a huge impression on everyone who watched them, and although the results weren’t what we wanted, it’s great to have another shot at France before the World Cup.

“And the fact the game will be shown live on Sky Sports is another massive boost for Wheelchair Rugby League.

“It’s been an exciting start to the domestic season with the three new clubs in the Super League – London Roosters, Warrington Wolves and Wigan Warriors – all making an immediate impression,”added Coyd, who will name a revised England Wheelchair Performance Squad next week ahead of a training camp in Hull.